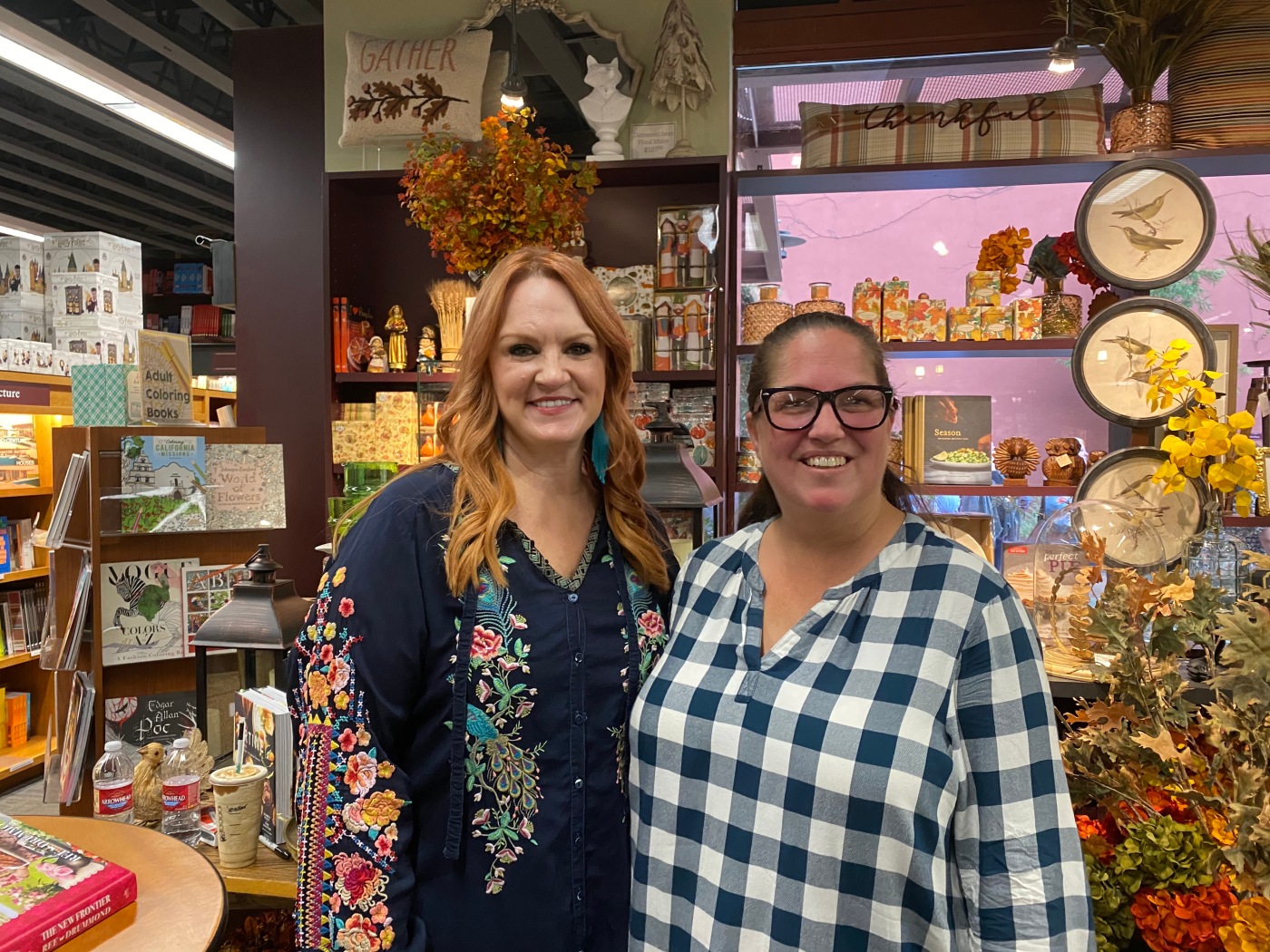 One item on my bucket list was to meet Red Drummond. There was to be a book signing within a 3 hour drive from San Diego. I didn’t get on the bandwagon quick enough and before I knew it, tickets were sold out. Yes, I was disappointed, but before we made the drive to Pawhuska, The Boarding House was fully booked as well. But with due diligence and LOTS of time on the internet, I acquired tickets from someone who must have canceled days before the event. Thankfully, my friend who originally wanted to go to the book signing with me was still able to go! SO! Off we went to Pasadena CA to meet Ree Drummond in person as I pick up her new cookbook, “The Pioneer Woman Cooks: The New Frontier.”

To be perfectly honest, I was SO calm during most of the trip. The hot day was not so welcomed but I was willing to endure just about anything to meet The Pioneer Woman. It was about 85 degrees that day and we ended up waiting in line outside with no shade for 4 hours! Because my friend was with me, I was able to leave the line to pick up an over priced umbrella inside the bookstore. We both were able to sigh some relief with the shade it produced. Finally, after a long wait, the line started to move, I remained calm.

Next thing i knew, we were close to the front of the line! Time to be inside Vroman’s book store, which meant less than 20 people between me meeting Lady Drummond. Thats when the water works started. Full on ugly blubbering! Once I heard her voice and got a glimpse, I was a MESS! Thankfully, I warned my friend in advance that I am a babbling idiot when starstruck. Thankfully, I was able to regain composure before my tern to meet Ree. She is just as beautiful in person as she is on TV. Much taller than I was expecting, but I bet most of the extra inches came from her boots, which were adorable of course. The experience of meeting her is simply a blur to me now. I don’t even know what she said to me! But I got to meet her, so I am happy!!!

I have no doubt that in the future she will write yet another cookbook and I will once again wait in a 4 hour line in the hot sun to meet her again. Until that day, its time to get cooking!!!

Showing the beauty of this world through the people, places and culture

And the Natural Beauty of the surrounding area